We headed down on the London underground to do the photoshoot for Pete Mcallen’s latest single Animals in London. The inspiration for the track is based on the anti social behavour commuters have to put up with and also dish out in the daily rat race to and from work.

Pete’s popularity has been steadily rising over the last couple of years on the back of his recent debut tour of America and an array of gigs including a support slot for Bloc Party in London in 2009. He also gained acclaim from NME for his lively, captivating performances and unique style of music.

We spent most of the day jumping on and off different tubes in flash mob style trying to get the shots whilst dodging London underground staff and getting some really strange looks from other passengers about the 20 or so animal masked characters in their carriage. It was great a real laugh.

One things is for sure, Pete McAllen is destined for great things. You can check him out on his website at www.petemcallen.com and also listen to his latest releases on his myspace page. Alternatively, throw your support his way by purchasing the single on itunes. 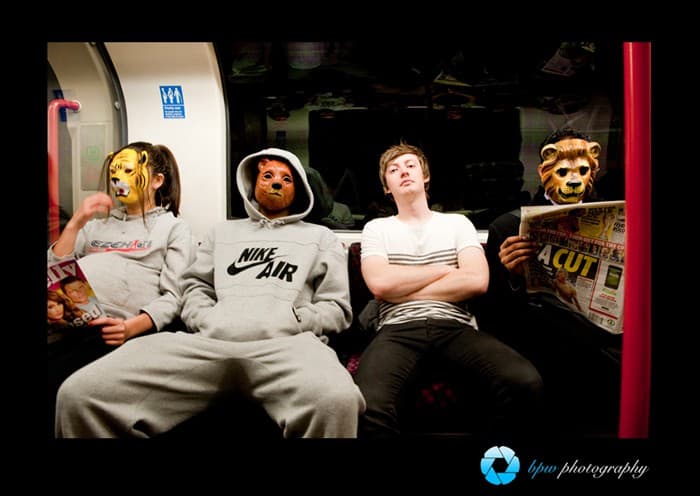 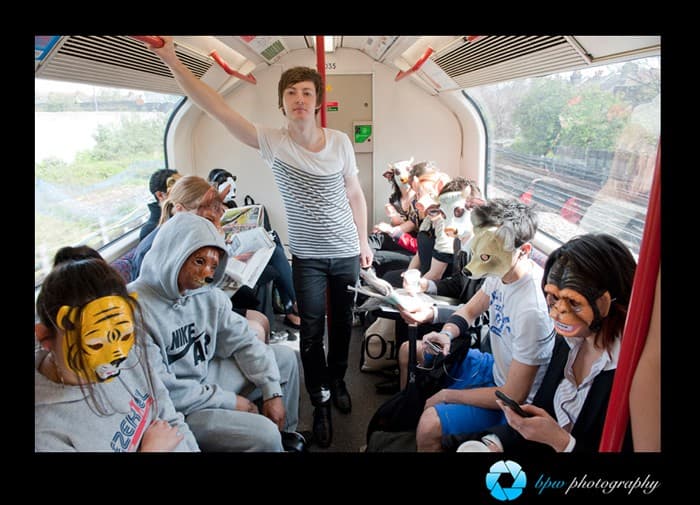 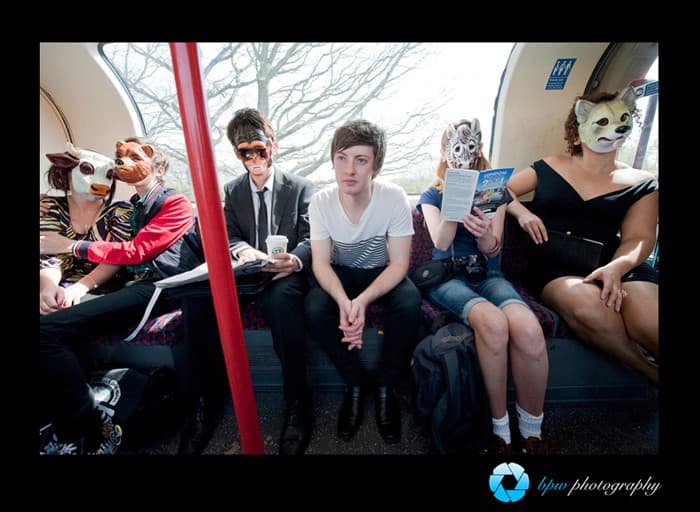 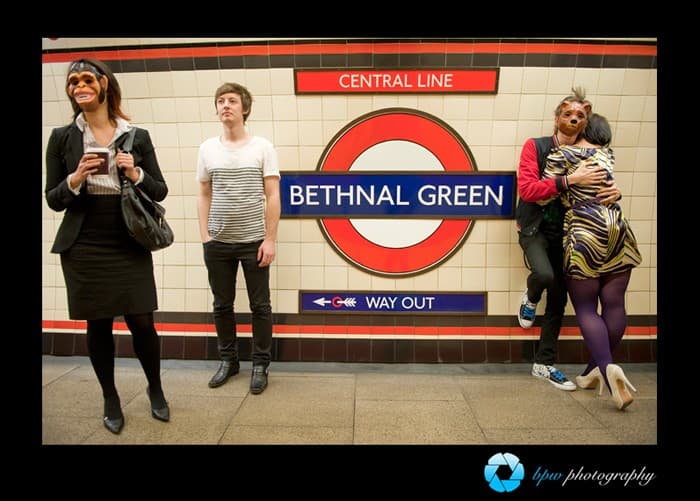 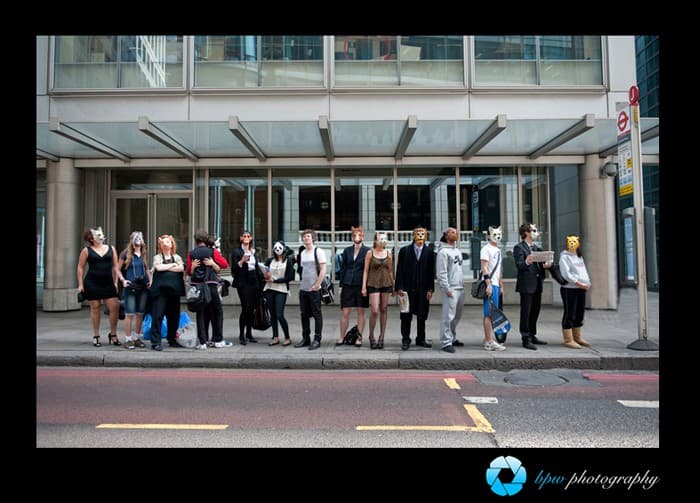 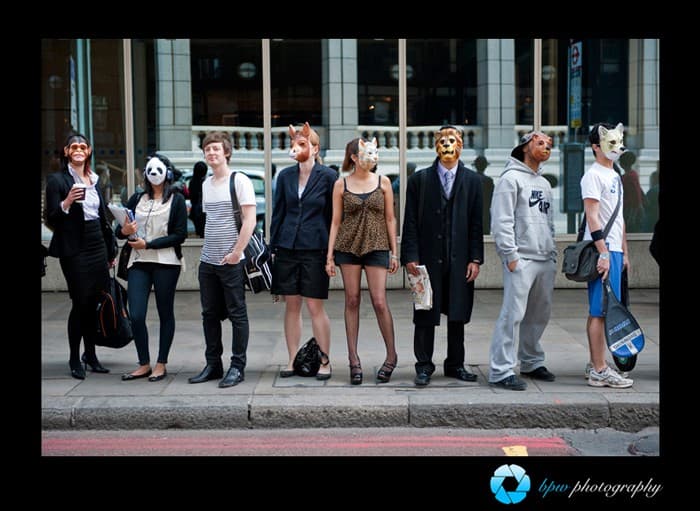